After a first successful small pilot study, carried out in a garage in Vlissingen, the first large-scale application of the liquid repair system has been conducted on an intermediate floor of a parking garage in Apeldoorn. In two phases a total of 12,000 m² of floor space (2 × 6000 m²) was treated. The floors in the garage have a polymer topcoat that remained present during the application.

The pilot was aimed to prevent leakage of the intermediate floors and thus prevent damage to cars and the reinforcement. The choice of using Basilisk Liquid Repair System, instead of traditional injection, was made because of two aspects. Because the liquid repair system is applied externally with low-pressure to the floor, in contrast to conventional injections, no damage to the existing top coating will occur. In addition, it is a big advantage that the total floor surface can be treated in only a part of the day, minimizing the inconvenience to the users of the garage.

Given the size of the total area of the to be treated surface, two different ways of application where chosen for this pilot. For the first 6.000 m² the liquid recovery system was applied through the use of scrubbing machines. The second 6,000 m² was treated using hand-carried high pressure spraying devices.

The low viscosity aqueous liquid penetrates effectively through the small pores and hairline cracks. In the presence of a top coating it’s possible that underlying cracks are wider than they appear, resulting the aqueous product to penetrate the crack too quickly without having sufficient time for gel formation. In the case of the presence of a top coating multiple treatments may therefore be necessary.

After the application of the repair liquid a period of approximately six weeks is required for the substantial formation of limestone. The formation of limestone can particularly be made evident by analyzing drilled cores, because mostly the formation of the limestone occurs deeper in the crack. With the naked eye, therefore, the limestone formation is hardly perceptible at the surface. After one and a half month, the effectiveness of the liquid repair system appeared to be noticeable by means of greatly reduced water penetration. After a few months to six months after the treatment during rainy periods wet spots on the ceiling and underlying floor where no longer visible.

During application of the pilot the functional effectiveness of the repair system was analyzed at regular intervals on the level of water penetration at the position of a crack. This was done by placing wooden frameworks at specific locations on the floor. After filling of the frames with 10 liters of water, the water penetration rate was determined in accordance with a protocol defined by the registration of the number of continuous drops per minute. A typical outcome was determined by decrease of about 45 drops per minute per crack (0.2 to 0.3 mm wide) before treatment, to a single drop per minute approximately four months after treatment.

The client was so impressed with the results that he decided to treat the second 6,000 m² with Basilisk Liquid Repair System ER7 in early February 2015. 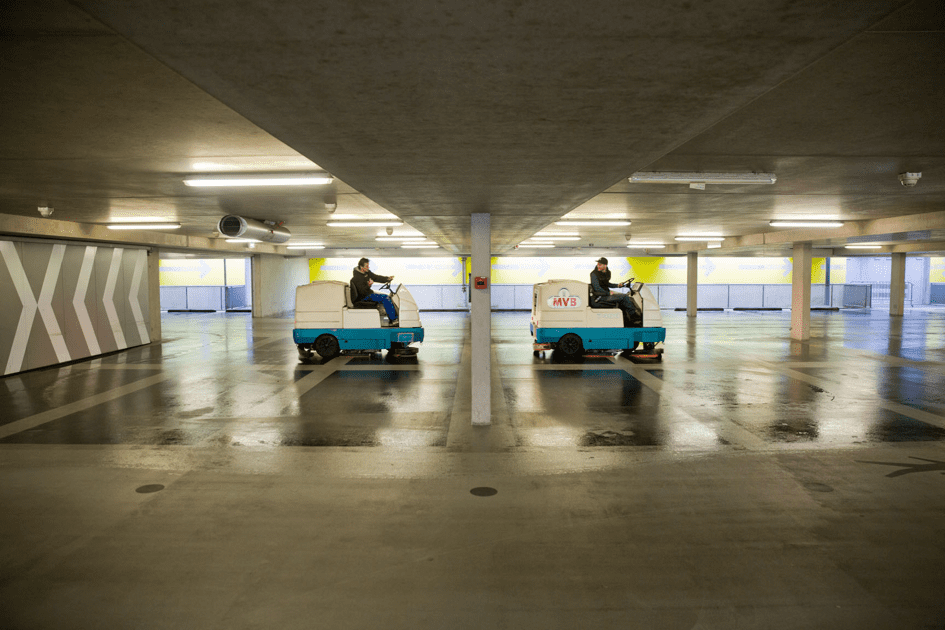 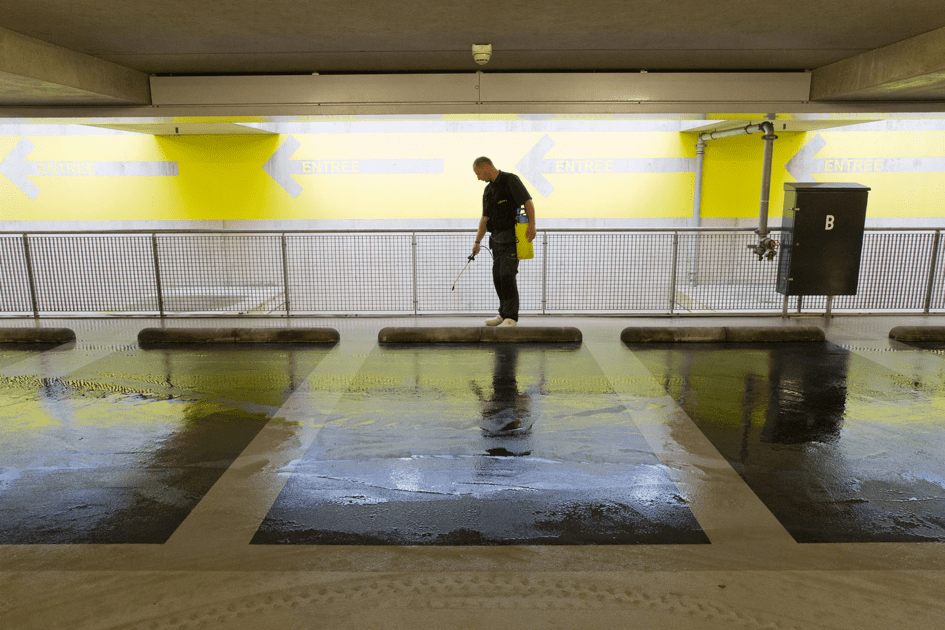